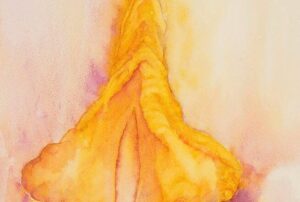 Introduction to Sacred Feminine – my Story

Today science says too little about these severe inflammatory states. The causes are not known nor clear, they cannot be cured, they are diagnosed late, sometimes too late. Many women don’t even know what endometriosis is.

In my insight-articles there is my direct experience of more than 30 years of life.

Since the age of 21, I suffered from Candida and immediately after with Cystitis.

My period has stopped (amenorrhea). I stopped menstruating for many years, until the gynecologists diagnosed me with polycystic ovary syndrome (PCO), prescribing the pill forever and threatening me with infertility. I started taking hormones continuously at 18.

I had my first Candida infection during a difficult relationship, between the ages of 20-22, in which my femininity was further repressed and limited. Following the treatment of Candida, I began to have the first Cystitis attacks.

Following the intake of classic antibiotics, Cystitis has gradually worsened more and more. After about a year I had acute cystitis attacks every time I had sex: within 8 hours after each intercourse I had the first symptoms. The antibiotic only served to block the symptoms for three days, after which they recovered even stronger. I had exasperating pain, bleeding and seizures that usually lasted seven to ten days. I spent about three days locked in the bathroom; during the loss of the drops of urine and blood I had pangs of such intensity that it made me dizzy and cry. I often imagined tearing my urethra with my hands.

The pains of cystitis were among the strongest of my life.
No gynecologist or holistic therapist has been able to help me effectively, in more than ten years of suffering and relentless research.

Meanwhile, taking the birth control pill caused me debilitating headaches, which forced me to bed for two days. I have never suffered from headaches in my life, and the headaches were only linked to PMS, induced by artificial hormones.

At about the age of 27, I began to unblock my menstrual cycle with the help of a holistic therapist. For two years I never had menstruation, then slowly I started having them once or twice a year, then more and more often, until I had a certain regularity.
However, the cystitis crises did not stop. In addition, the PMS started to bring me severe cramps, so much so that it caused me to have fits of dysentery.

Due to the exasperation of the pain of cystitis, I stopped having a regular partner for many years.

I started practicing yoga at 23, and some asanas, combined with mindful breathing and pranayama, helped me cope with the pain of cystitis.

The healing came in stages and involved my entire interior – it revolutionized my entire life. Now I can witness a life of seeking and healing and I can guide many women along the path I have walked.

It is necessary to know each other and go inside oneself, deep down, digging into the abyss of our wounds, of our lineage, of our ancestors, mothers, grandmothers, great-grandmothers. We must forgive, we must forgive ourselves, we must let go and take care of ourselves: the body is calling us.

Candida and Cystitis have led me to encounter the most acute and exasperating pains, depression, loneliness, mental illness, but they have also allowed me to encounter yoga, meditation, hemp, kambo, and many owls, doule, and new professional doctors who work with science in a holistic way.

Cystitis and Candida allowed me to trace a path towards the knowledge of the deepest and most intimate Femininity, learning what it means to be a Woman, meeting and listening to my body for whole days in solitude, in pain and renunciation, in silence and relief; they allowed me to break out of mold and break prejudices, to free myself from sexual censorship and taboos.

These research and sharing articles are designed for women who suffer in solitude, they are dedicated to wonderful women who, due to sadness and bewilderment in the face of such pain, find themselves having to give up sex and a stable relationship.

Your Candida and your Cystitis are the beginning of an unimaginable journey: you have been CALLED TO BE POWERFUL WOMEN. The fire that burns within you, which causes inflammation, is the same wild one that seeks the fullness of life, that craves its truth.

This page is also dedicated to men. Without my partners I would never have been able to defeat Cystitis. I am grateful to all of them.

To be women, we are helped by men. We are one, we are complete together.